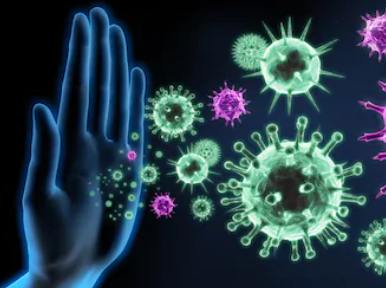 Everyone knows that there is a certain system that protects us from something external aggressive and something pathogenic in the end. From all sides, this system in our body is called immunity. In fact, immunity is the protection of our body from antigenic-foreign substances. This is what these very antigenic-alien substances belong to, we will talk about this later. They can be exogenous, that is, external and endogenous internal origin, oddly enough, this also happens.

In fact, immunity is very little studied today, and very, very complex. Therefore, I highly do not recommend simplifying this situation and understanding it in a simplified form. So let’s first talk about what, in principle, is known in modern evidence-based medicine, and what we can already use. Let’s start all the same, with a rather simple explanation.

What is our immunity in general? Simple classification: so we first divide the immunity into: innate and acquired. Congenital immunity – this is the immunity that every person possesses right after birth and is due to those genetic codes that are already embedded in this organism. Plus, he receives it in the first days of life with mother’s milk. And this is all in total, is the primary immunity, but literally from the very first day of life, our body begins to acquire the second part, that is, acquired.

In fact, in the word immunity, modern science jumps on some tops of icebergs, of which we already have an idea, but about what is hidden there in the underwater part, we even have no idea, to be honest. About what is there and how it interacts with each other. But, nevertheless, let’s try further to understand. We can divide the acquired immunity into at least 2 parts. This is the so-called active and passive immunity.

What is active? – This is the immunity that we received as a result of interaction with the same pathogenic agent, either naturally, or even artificially using a vaccine. What is a vaccine? A vaccine is a substance with the help of which we teach our immune system gently and stroking the very beast called immunity on the head, to respond to some rather evil and active pathogenic agent, which in principle can create some problems for our body. Passive immunity is one that we get already with the help of certain substances produced by another organism. This is done using so-called serum.

When a certain organism was already ill with something and those substances that can fight this pathogenic agent, we simply took it from us and put it to ourselves, and let them fight our problems here. This is done with serum. Why am I talking about the complexity of this process? The fact is that we still do not really understand why we have certain privileged organs in which our immune system does not work. These are islands in our body where there is no immune system at all. Whatever gets there, no one to fight it. For example, our brain, in it our immune system does not work.

Our eye, it would seem, think the eye, and yet in the eye there is no immunity. Unfortunately, testes, testicles in men, and ovaries in women generally do not have any immune responses to the same pathogenic agents that may or may already be in our body. An embryo in the womb also does not have active and passive immunity, in addition to what can be genetically genetically incorporated into the body. In the placenta, which is essentially a part of the embryo, there are also no immuno and especially active immune properties. Unfortunately, in these islands of lack of immunity, so-called autoimmune diseases are often born. Yes, those that are associated with the hostile aggression of our body against the body itself, by and large, of its individual cells, organs, systems and so on.

Immunity is not just some kind of problem that can be inflated like a balloon and burst or deflate. This is a complex complex, which consists of many complex stages, I stress in full which we do not know today.

Hans - July 23, 2020
0
Ragi is one of the best non-dairy sources of calcium when compared to any other grains. According...

Get rid of fatigue- Eliminate Bad Habits and...

How to change the lifestyle- Get Enough Sleep

How to change the lifestyle- Physical activities

How to change the lifestyle- Exercise Enough

What to Do When Your Motivation Slumps